The Skype for Business iOS mobile client was released on October 14th and the first update just after a month later which included the Call Forwarding Feature was pushed out on Nov 16th.

I wanted to put out this quick comparison since when you install the initial update you no longer have Lync 2013 installed and can’t download it afterwards. Luckily I didn’t update it on my iPad so the below screenshots are from my iPad (Lync2013 on the left) and iPhone (Skype for Business on the right) the major difference between the 2 clients is that the new Skype for Business client conforms more to the desktop client with the new round contact icons and flat background.

The contacts screen still both contain the same information ie. Added By, Groups, however the Lync 2013 also include the contact card visibly where the Skype for Business contact card only shows up when you select a contact as if to IM them and then select their name and you have provided with a drop down list to see contact cards, add participants, send email

The Lync 2013 phone tab is pretty basic just a dial pad where you can enter in a phone number you wish to dial, whereas the Skype for Business phone tab is also a dial pad however you now have the option to dial your voicemail directly with a button in the upper right hand corner and also have access to your contacts directory to dial the number directly. 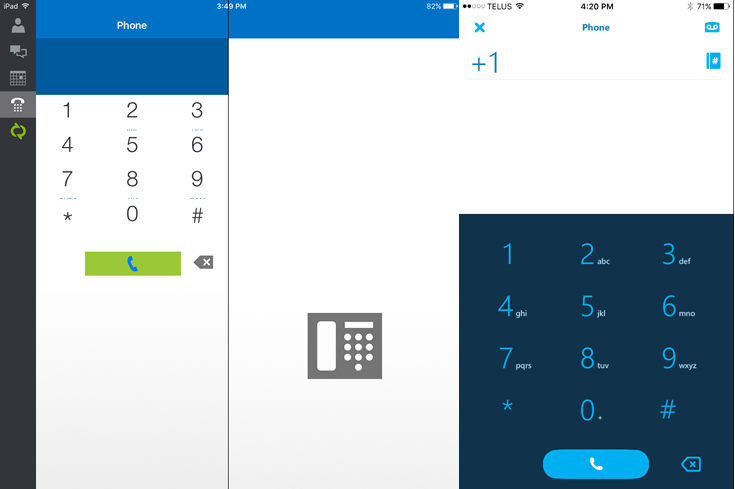 Here are some screenshots of a Skype for Business meeting on my iPhone, where i joined the meeting and was able to IM and also call into it, the presenter shared desktop and I was able to see the screen and what was shared and then the meeting ended. 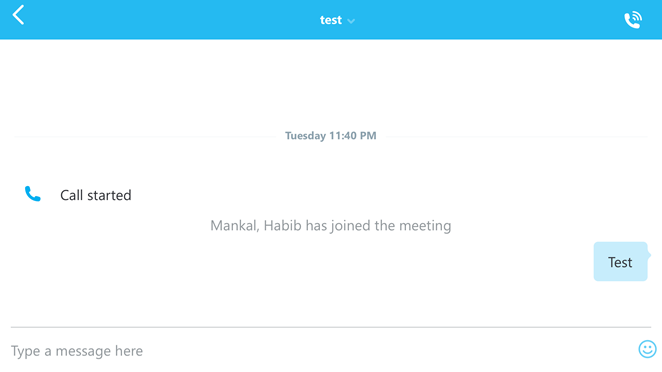 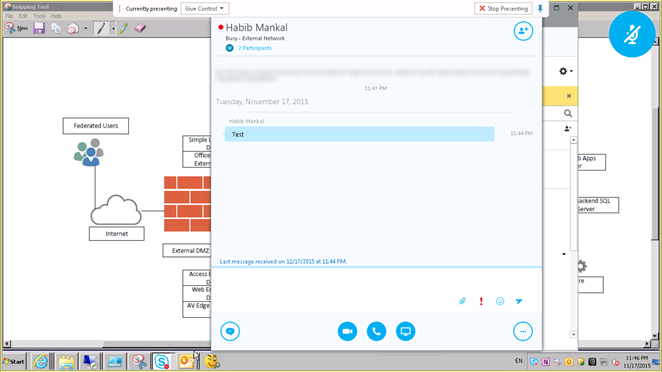 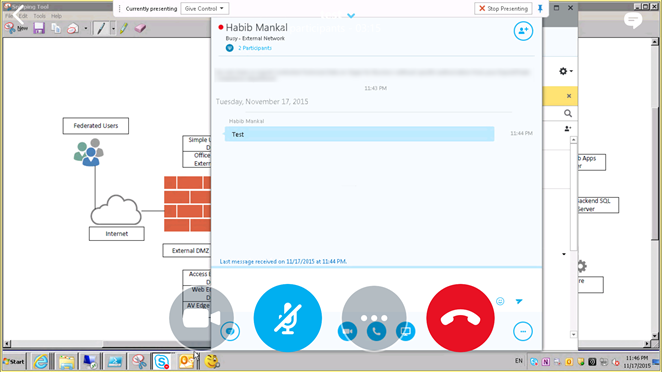 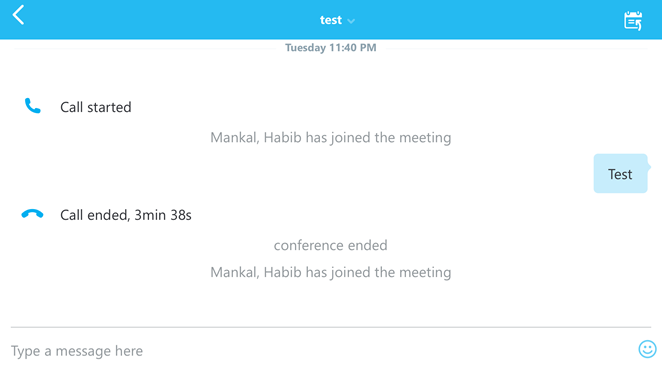 In the Lync 2013 client there was a Chats tab that displayed the recent and ongoing chats you were currently engaged in, the Skype for Business client no longer has a Chat tab this feature is now on the main page which also includes any upcoming meetings you may have. 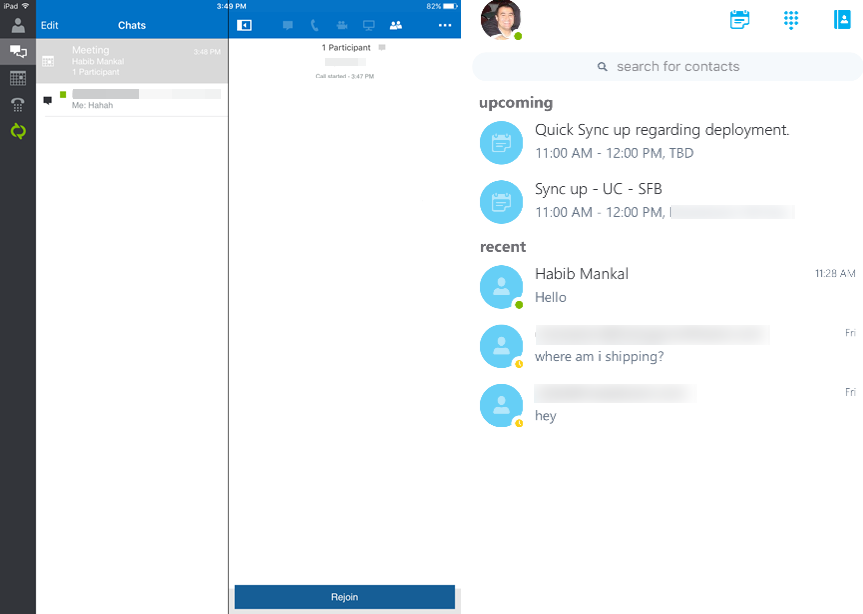 Other than the look and feel the Options menu are exactly the same, as mentioned the Lync 2013 is on my iPAD so i do not see the option to require Wifi for Voice,Video,Meeting content that i normally would see on the Lync 2013 client on an iphone. Also the Call forwarding option for Skype for Business was pushed out in the November 16 release in the apple appstore.

So hopefully this gives you and idea of the subtle differences between the Lync 2013 and Skype for Business clients on iOS. I haven’t seen much issues with the new client other than syncing the calendar seemed to take quite some time the first time the app was launched however once it downloaded the information I was able to join meetings quite quickly.