In a few recent updates to the Skype for Business iOS app there a few new features:

This update provided us with 2 new features: 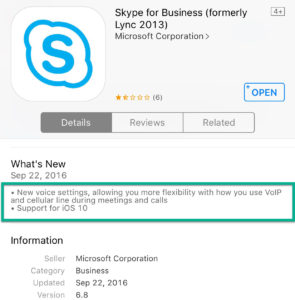 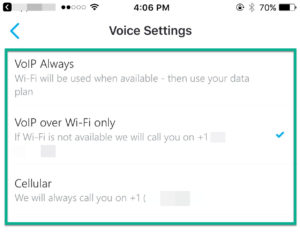 This update provided the iOS devices with support for a new feature that became available in the Skype for Business Server June 2016 Cumulative Update KB3061064  called Video-based Screen Sharing (VbSS) which as per Technet Article states “Video-based Screen Sharing, or VbSS, grew out of Lync screen-sharing. The difference between VbSS and traditional screen-sharing has to do with the underlying protocols used, and what they excel at. Screen-sharing uses the remote desktop protocol (RDP), which is great at creating thousands of 1-to-1 sessions between people’s computers. Newer technology, VbSS, will make use of User Datagram Protocol (UDP).” 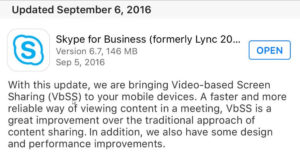