Microsoft has released a KB Article about this issue located here.

Lync 2013 Servers were patched with MS updates and rebooted. Once the servers came up and users tried to share powerpoint, whiteboard, poll , Q&A they received the below error:

We can’t connect to the server for presenting right now 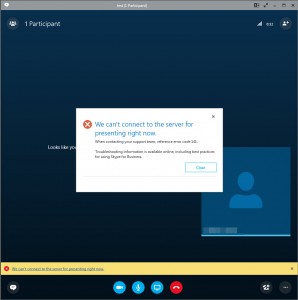 The other option is to modify the registry, please backup the registry before editing and/or contact your IT Administration staff.